Michael Franzese has an incredible story, and I've recently become closer to his inner circle. In case you don't know, this Ex Mob Capo was the 1st to leave the Mob; just walk away without being wacked. While with The Cosa Nostra he was the highest paid earner. Now, he's a devout, Holy Spirit filled Believer in Jesus Christ. He goes around talking in churches, sharing his testimony about life in The Mafia, and his new found faith.

I am honored to be among some goodfellas in his online "crew", and if you'd like a personal invite, just send me a note with your email, and I'll see if I can't get you "in". You have to approved.

What is Michael Franzese's "Crew"?

It's similar to a social network site where Michael shares videos with us, we grow together, teach one another, mentor one another, and hold one another accountable in LIFE & BUSINESS!

Yes, It's a genuine honor to be a member of this crew, and you can be too, if you measure up. Just send me a note with your email.

at 10:45 PM
Email ThisBlogThis!Share to TwitterShare to FacebookShare to Pinterest

I'm gonna start fasting more, cutting back on smokes, exercise more and try to develop a disciplined routine. that's my resolution for 2021. Are you making a #NewYearsResolution or setting any New Goals for The New Year?

at 10:30 AM
Email ThisBlogThis!Share to TwitterShare to FacebookShare to Pinterest

Eternal Affairs Media is seeking volunteers who are passionate about The Truth regardless of how controversial it is, and have the time and skills to invest our media operation & online ministry.

Still Timely: Prophetic Word Given by Ray Biselliano ~ Eternal Affairs Media ~ Reminder God Is With Us

I had a very interesting, weird dream involving JFK and a major battle being fought in the spiritual realm among patriots (when I lied down praying and eventually fell asleep for 3 hours this morning).

No, I’m not saying “JFK is alive on earth”. STOP thinking with your carnal mind! This is a time to develop spiritually! HE IS ALIVE SOMEWHERE!

Things appear uncertain in the carnal world right now, and God is testing our faith, but rest assured that things are going EXACTLY AS PLANNED in the spiritual realms! This is the time to rise and show Him, Our King of Kings, that we will believe in His word regardless of what the carnal world says or how things appear like during this temporary season.

I want to remind you that …

God is with us. As I’ve been saying for months: Things will get grossly worse before it gets any better, but it WILL get better! Both “doom & gloom” prophecies (at least some) as well as “prosperity” prophecies can be true in different seasons! This takes spiritual eyes to see & understand!
Don’t just listen to a one sided story.

This is a time for BOTH good and bad, but ultimately for good to prevail over the bad. Yes! a massive spiritual war of Biblical proportions is going on right now, but it’s not as much as it is a fight for only America BUT FOR YOUR OWN SOUL as well! If you don’t know Jesus, now is the time!

Justice will prevail onto those with corrupt hearts. It’s the time to examine our own hearts and make sure we’re right with Him, and not just keep pointing the finger at others. and It’s also a time for many blessings and favor for God’s people. He is right now beginning to pour out His Spirit among all flesh.

“And it shall come to pass afterward, that I will pour out my spirit upon all flesh; and your sons and your daughters shall prophesy, your old men shall dream dreams, your young men shall see visions.” ~ Joel 2:28

These are the end times! Are you excited? Revelations is being played out right before our eyes. Could all that we’ve been fighting for go deeper than the Soul of Our Nation but the salvation, sanctification & glorification of OUR OWN SOULS!?

He’s trying you in the fire, Patriot, but He’s right there in the fire with you! You will not be burned as long as you maintain your faith in HIM and HIM ALONE!

“Then Nebuchadnezzar the king was astonished, and rose up in haste, and spake, and said unto his counsellors, Did not we cast three men bound into the midst of the fire? They answered and said unto the king, True, O king. He answered and said, Lo, I see four men loose, walking in the midst of the fire, and they have no hurt; and the form of the fourth is like the Son of God.” ~ Daniel 3:24-25

The world says one thing but GOD’s Word says another, and I believe Brother Kim Clement’s Prophecies regarding Trump having “2 terms”.
God is making it look one way so He can strengthen our faith in Him! don’t you see that? It’s time to work on “us”.

“And he said to them all, If any man will come after me, let him deny himself, and take up his cross daily, and follow me.” ~ Luke 9:23

Are YOU ALIVE within your SOUL during this fight or are you dead inside? Do you have peace to withstand the pressures of this crazy world? Will you go to Heaven and be with The Lord when your carnal body passes away? Now is the TIME to accept Jesus (Yeshua) The Christ as your Personal Savior and The King of your life! don’t keep putting it off! make that decision today. He loves you & cares for you more than imaginable!

*** This was originally published on Eternal Affairs Media ***

at 7:20 AM
Email ThisBlogThis!Share to TwitterShare to FacebookShare to Pinterest

Today is my #Birthday and I am 5 years #Sober today! PRAISE YAHUA!
at 3:36 PM
Email ThisBlogThis!Share to TwitterShare to FacebookShare to Pinterest
Newer Posts Older Posts Home
Subscribe to: Posts (Atom) 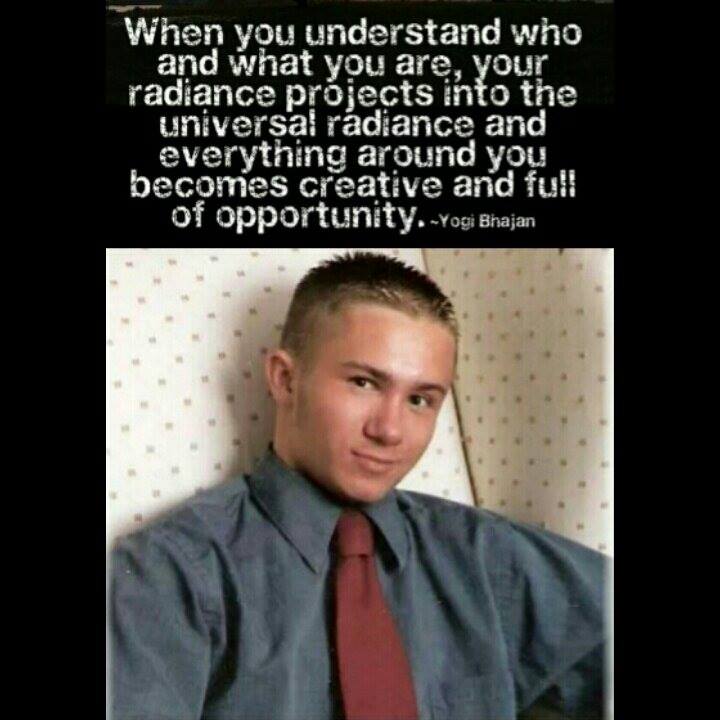