(Raleigh, NC) August 30, 2022 – Actor, Model & Content Creator, Monte Hieke Jr. of North Carolina has been scouted to play a prominent role in the fourth season of Victory Production’s “The Nick of Time”. They are currently filming, and the official release is yet to be announced.

“The Nick of Time” portrays a young man, Andrew Stephenson who finds out his Father is not his Biological Father. He has to cope with the ups & downs, and struggles coming to terms with this heart-wrenching news.

Monte offers a bit of wisdom after an emotionally exhausting role, “I encourage any and all to seek help, get therapy if you’ve never tried it. Therapy isn’t a total fix but I do believe it would’ve benefited Andrew quite a bit.”

Hopefully and Prayerfully, this season of “The Nick of Time” will touch many hearts and transform many lives. Be on the lookout for it.

From 'Streets' to 'God First' ... Monte Hieke Jr. survived living in a car with his mom, witnessing gang violence, and drug trafficking, yet has his whole successful future ahead of him!

Monte Hieke Jr, was raised in his hometown of Scotlandneck NC, and later moved to Richmond, VA where he lived in the projects of Hillside court and he experienced gang violence, drug abuse, alcoholism, as well drug trafficking. It was because of this he was separated from his biological mother and little brother by CPS and spent some time ‘in the system’ as a foster child; once residing in a home that had 11 other foster siblings.

At one time, Monte lived in a car with his mother and two younger brothers. Monte was determined to not let his past get the best of him, and always remained hopeful for a bright future. It wasn’t too long after he would start to explore acting in Raleigh, North Carolina with classes and his theatrical debut in The Wiz as the “Gatekeeper” directed by Wendell Tabb.

After graduating High School he trained for television acting at John Casablanca’s Modeling and Acting School. With his first agency contract he went on to make his acting debut in the Feature Film Thirty Day Promise (available on Amazon) as well as be featured in “Of Nature” directed by Emmy nominated director Samuel Gonzalez Jr.

It wasn’t until the pandemic that he would discover his second calling of content creation. In the first year of Tiktok he garnered over 50k followers and became a successful online influencer.

"I have experienced unique and focused work that accomplished our goals, Thank you Curt for your excellent and dedicated service!" ~ David Longoria ~ Grammy Award Winner

"I appreciate you. You didn’t have to do this, but thank you, Curt. God Bless You! He Blessed me, and I am so thankful everyday. I can’t explain it." ~ Neil E. Boyd ~ 2008 America's Got Talent Winner 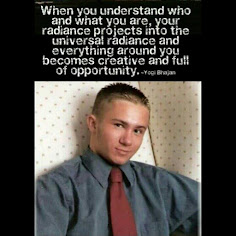 Connect with me on Telegram!